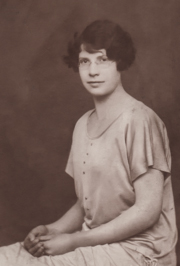 My grandmother Elizabeth GIBSON was born in St Helens, Lancashire in 1903 and was the daughter of James GIBSON and Ruth BURNDRED and it states on her birth certificate that her father James was a coal miner.

It’s fair to say that my interest in family history is due in large part to the many conversations that my grandmother and I had together, usually while looking through the collection of family photographs. She also looked after the family bible, which was given to her mother and records the dates of birth of James and Ruth’s children:

James and Ruth had another son, John, who was born in Golborne in 1894 and was baptised at St Thomas, Golborne in 1896. He isn’t mentioned in the bible and I haven’t been able to find him in the 1901 census, which suggests that he might have died some time between 1898 and 1901.

In the 1901 census the family were living in St Helens:

From the above It would appear that at some time between the births of Hannah and John (i.e. 1891 and 1894), the family had moved from Staffordshire to Golborne in Lancashire. Looking for them in the 1891 census, we find:

I have a copy of James and Ruth’s marriage certificate and they were married in 1886 in Audley, Staffordshire. James was 21 years old and a coal miner residing in Audley; his father was Edward GIBSON, a hawker. Ruth Dinah BURNDRED was a 21 year old spinster from Audley and she was illegitimate.

One possible candidate for James in 1881 is:

And in 1871, we find a James GIBSON with father Edwin GIBSON in Birmingham

I wondered whether the Leavinia WRIGHT aged 20 in the 1881 census could be James’ sister Lavinia (as in the 1871 census), so I looked for and found a marriage certificate which seemed to suggest they were the same person: In 1876, Samuel Charles WRIGHT and Levorna GIBSON were married and Levorna’s father was Edwin GIBSON, farmer. I also obtained a copy of Lavinia’s birth certificate (b. 1860) which confirms that her parents were Edwin GIBSON and Ellen GIBSON, formerly STEEL.

Going back to 1861, we find the following family in Rushton James:

I found a marriage in 1859 for Edwin GIBSON (aged 20) and Ellen STEEL (aged 28). Edwin was a labourer and he gave his father’s name as William GIBSON, a farmer. The witnesses were Thomas GIBSON and Martha GIBSON.

Earlier still, in 1851, Edwin/Edward is living with his widowed mother:

I searched the IGI for baptisms of the above children with mother Martha in Rushton Spencer and found the following:

For the above children, the father was listed as Matthew GIBSON.

Edwin’s baptism on the 16 Aug 1840 was also recorded but no father was listed. This, along with the fact that he gave William as his father’s name on his marriage certificate makes me think that Matthew died sometime after conceiving Martha early in 1838.

I also found two more children of Matthew and Martha GIBSON on the IGI:

For those of you researching family history in the Rushton Spencer or Rushton James areas, a visit to Martin Ruston’s Rushton Spencer website is a must. Here you will find transcriptions from the censuses, parish registers, monumental inscriptions and trade directories that will be invaluable in your research.

I cross-referenced the above IGI records with the parish register transcriptions on the Rushton Spencer site, which provided additional information about where they were living and the father’s occupation:

Again, no father is listed for Edwin, just his mother Martha GIBSON. Under occupation it states spinster.

The burial records on the Rushton James site also have a reference to a Matthew GIBSON, aged 32 from Rushton James, who was buried on 1 Feb 1838. I obtained the death certificate for this Matthew and it states that he died on the 29 Jan 1838 aged 33 years and that he was a victualler. The informant was his father Charles GIBSON, a farmer of Rushton James. If this is indeed our Matthew then it indicates that he would have been born around 1805-6.

The IGI does have a Mathew GIBSON baptised 26 May 1805 in Rushton Spencer, the son of Charles and Sarah GIBSON.

I have also found two other burials that appear to be for the Phebe and Hannah listed above in the baptisms as they do not appear on the 1841 or subsequent censuses: