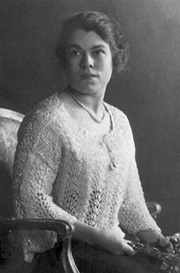 Mary Ann WALTON was my mother’s mother and she was one of four daughters of William and Mary WALTON. Mary Ann was born in Water St, Widnes in 1895 and from her birth certificate her mother’s maiden name was HESSALL and her father William WALTON was an ‘alkali labourer’.

Ann Selina WALTON’s birth certificate states that she was born in Widnes (Terrace Rd) in 1877. Her mother’s maiden name was HASSELL and her father, William’s occupation was ‘railway breaksman’. Family sources tell me that she was know as Lena. Maria doesn’t appear with the family in 1891 so may have died before the next census was taken.

Ten years on, In Old Marsh, Widnes, there is a 30 year-old Mary WALTON – whose marital status is single – living as a boarder with a William McNAMARA:

It took me some time to work out who was who from the above information, but one fact that assisted me was that family tradition had it that when they were young, my grandmother and her sisters were sent to an orphanage, somewhere near Bolton in Lancashire. I managed to track down where they were placed through the kind help of (what used to be) the National Children’s Home (NCH) Action for Children. Located on the moors between Blackburn, Rochdale and Bolton, Edgworth Home, now Crowthorne School, was founded in the early 1870’s by the Reverend Stephenson, for children who had been orphaned or whose parents could no longer care for them.

The NCH records of the girls’ admission to Edgworth make for, almost literally, sober reading: Mary Ann and Katie WALTON were admitted to the home on 12 July 1907. According to the admission register, Katie was born in 1899, which corresponds with the 1901 census above. Of greater interest is the next sentence, which states that both girls were baptised but not legitimate. The register also reveals what became of the parents.

It says the father’s name was not known but that he died ‘from pneumonia after hard drinking’ in February 1905 and of his occupation it says: ‘nothing – a cadger’. It also says that he was a Roman Catholic.

It seems that their mother Mary died of cancer almost exactly a year before the unnamed father. She was a charwoman and her religious persuasion was Church of England.

Two other children are mentioned. Their sister Margaret WALTON aged 15 of Water St, Widnes and a step-sister Lena RILEY, 27, at the same address.

Mary left Edgworth in June 1911, Kate in August 1914. The NCH also provided me with a copy of a letter sent by Kate to the home a few months after she left. It was sent from an address in Southport and mentions that her sister Mary was in a position not very far from her.

When the 1911 census became available for searching, I was able to confirm that both Mary Ann (then and subsequently known as Molly) and Katie were in the home. I also found Margaret, who was boarding with Lena RILEY and her husband William at Water St in Widnes.

After sifting through all of the above information, I was able to get hold of the following BMD certificates:

Some questions that remain unanswered are:

One possible answer is suggested by a reference to William being a waterman on his daughter Ann Selina’s marriage certificate (to Thomas OLIVER) in 1897. In the 1891 census, there is a William Walton, age 36, who is a waterman on the barge “Mersey” in Widnes. He was born in Oldbury, Staffordshire and is living with a Kate Walton (age 32 and born in Widnes) who is living with him as his wife.

Update September 2015: A report in the Liverpool Mercury, dated Tuesday 25 July 1882, reveals that a labourer William WALTON of Old Marsh Widnes was charged with criminally assaulting Anne NIXON, a 12 year old girl; he was subsequently commited for trial. A later report in the Manchester Courier and Lancashire General Advertiser, dated Tuesday August 2nd 1882, records that a William WALTON of Widnes was sentenced to 7 years penal servitude for feloniously assaulting 12 year old Hannah NIXON on the 17th of December last. The Calendar Of Prisoners Tried At The Assizes (Series: HO140, Piece Number: 59, Page Number: 28) details the outcome of the trial for a 24 year old William WALTON, which accords with the newspaper reports above. This is almost certainly our William as both the the age and residence (Old Marsh) tally. His being in prison would account for why his wife and daughters were boarding with William McNAMARA in the 1891 census.

2. In the Edgworth Admissions records, it states that Mary Ann and Katie’s father died in February 1905.  They couldn’t be referring to William WALTON as he had died 6 years earlier, so who was their father?